Recently, I read about a lady who reflected on one line of Psalm 23 a day to help her overcome anxiety. The first line of the chapter says, “The Lord is my shepherd; I shall not want.” If you’ve spent anytime around a church, you probably at least have an idea of how this 23rd chapter goes. Some of you may have recited it so much you can say it really fast, mumbling through a few of the words. I know for me it’s so familiar I don’t even have to think about the words, they just flow.

Is there anyone whose life you value more than your own? When I came across the verse in John, I stopped. That act of unselfishness was right where I needed it.

If I truly believe that Jesus was the Son of God and that He was God made flesh, then I must realize He didn’t have to die on the cross. He didn’t have to live a life of selflessness traveling from city from city, despised by men. If I truly believe He is God, then I should be able to see the possibility that He could have easily changed His circumstances to become an earthly King who had all the riches of the world and commanded people to worship Him as God.

Yet,”though he was in the form of God, did not count equality with God a thing to be grasped, but emptied himself, by taking the form of a servant, being born in the likeness of men. And being found in human form, he humbled himself by becoming obedient to the point of death, even death on a cross” (Philippians 2:6-8).

He saw the value of God’s plan.

He knew that without the sacrifice of His life, all humanity would be eternally separated from God. There would be no future good. No hope. Everything we live for would be temporary. The Created would live meaningless lives. The death of this Jew gave hope to all people that by believing He is the Son of God, died, and was resurrected by God, we have a spiritual life that lasts long after these bodies fail. 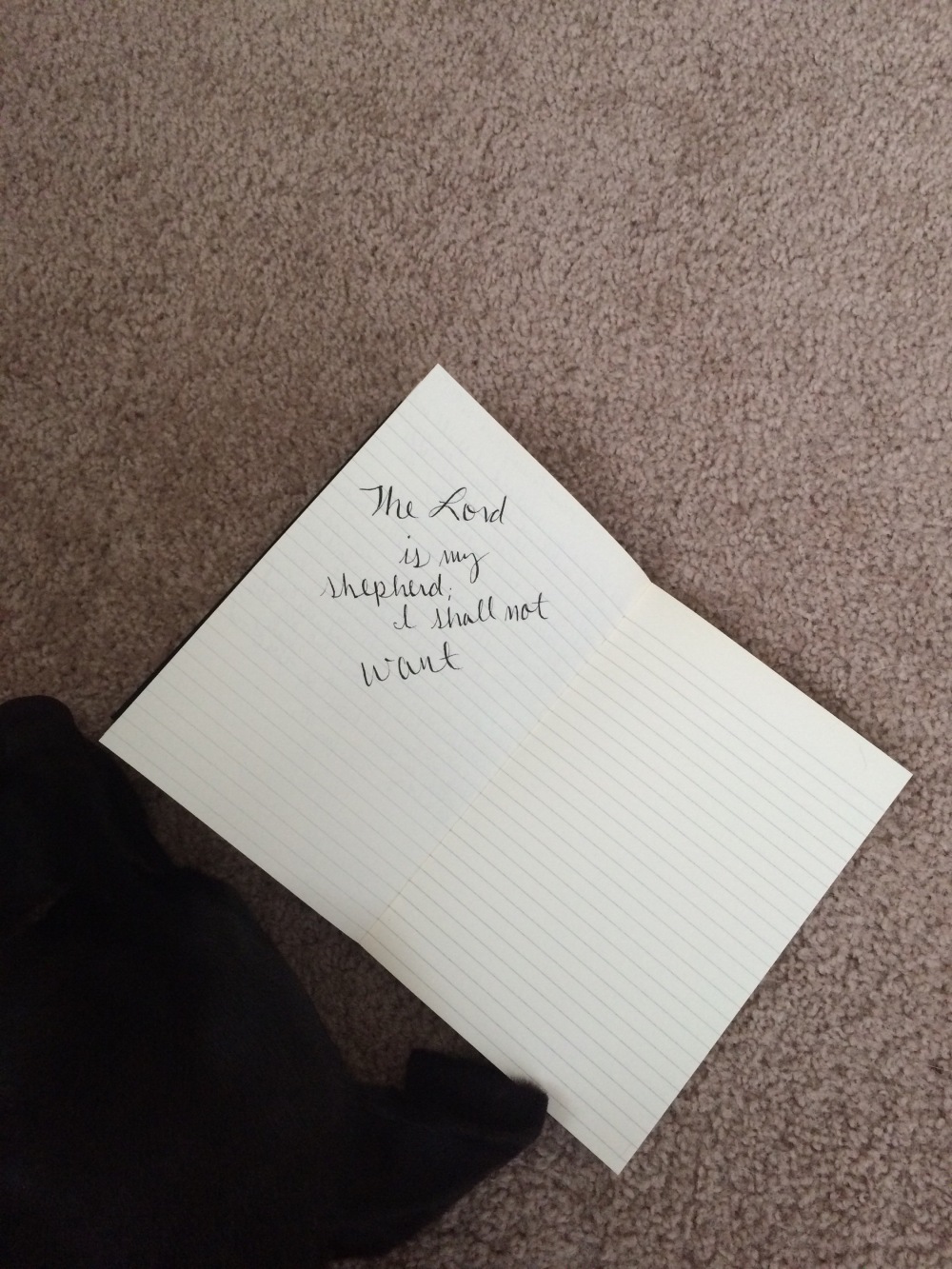 This is the hope of having a shepherd. The sheep are not worried because they are well provided for. The Shepherd has already given of His life for their protection. He says they are valuable, when other men declare them worthless and expendable.

My silly temporary wants are just that: temporary.

Beyond the temporary wants, I tend to want a magic formula to know Jesus better. I want a checklist of actions I can follow to prove my devotion. The truth is, it doesn’t come easy and it’s not my place to prove my devotion. Jesus already proved He loves me. My quest to find an effective equation is useless. He offers the gift of grace, meaning I don’t have to do anything to deserve this gift. It’s already here. It’s been bought by the blood of My Shepherd. My efforts only tire me and make me feel defeated because I focus on what I am doing, not what Jesus has already done.

Even admitting this makes me feel like a Christian failure. My very honest wants are not things that would last; they are selfish desires. But Christians aren’t perfect. [I wish I could double underline that and highlight it a million times. I wish I could shout it to the many who believe the lie. But that should be saved for another post.]

However, My Shepherd calls me Valuable. I am not a failure because of His grace. He knows my faults and loves me anyway. He saw man’s selfish acts and was still obedient to be the sacrifice many would not recognize. He still searches for me when I run far from Him wrapped up in my desires and temporary wants.

You are valuable. Without the sheep, there would be no need for a Shepherd. But there is.

May we rest in His presence today, remembering all He has done and is still doing in our lives. Let us focus on Jesus as our Shepherd and lose sight of our wants, trusting He already knows them before we voice them.